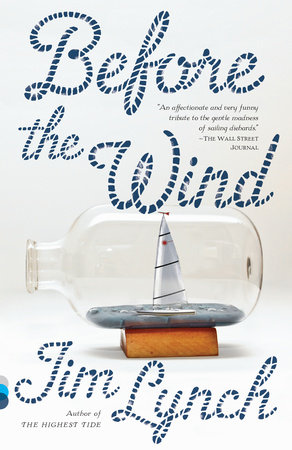 I was into sailing, I was also living in Seattle. I visited the Bellevue branch of the King County public library and there was this display table for â€œSeattle themed booksâ€ and this book stared at me. I put it on my â€œreading queueâ€ by snapping a picture. It emerged from the exit end of the queue a short time ago.

The climax was the â€œSwiftSureâ€ regatta this family was destined to do it together. Sailing is a team sport and the patriarch/captain of the family had an Olympic-sized dream. He drilled, too hard, his three kids from their youths to pursue this dream. Two things happened: sailing became part of them and they all left him. The middle kid, Josh, told a poignant family story and his life. The center of the story was Ruby, the little daughter that everyone just hopelessly doted.

The race was emotionally tumultuous as the sea. They were brilliantly winning, then the wind died. Stuck in the middle of the sea, they bonded and healed. When the wind came back, they pulled ahead and were winning again, only then they capsized from driving too hard. (Boaters deal with capsizing regularly. Itâ€™s not really dangerous, only costing time.) Sailing is not a spectatorâ€™s sport, there is no real way to watch a long-distance regatta. It is either boring or too dark. This book brings you onto the racing boat, enjoyable even for non-sailors.

I learned more sailing terminology than I can possibly understand. I also learned how little I knew about sailing. The book told about Einsteinâ€™s obsession on sailing and that kind of sealed my mind on what kind of boat I want: a ~35-foot cruiser rigged for solo sailing in calm waters.

The book made it clear that only fools and the rich own boats. Most boats in the marina stay docked for years, for the only reason that the owner needs to keep the romance of sailing in his/her heart. The moorage and upkeeps just drain the wallet continuously while the boat rots slowly.

It is must-read for those into sailing and connected to Seattle.

This entry was posted in Books & Reviews and tagged Before the Wind, Jim Lynch. Bookmark the permalink.

2 Responses to Before the Wind